Abstract:
Pennella balaenopterae is a mesoparasitic copepod found on marine mammals. This crustacean is among the largest of the parasitic copepods. Information on P. balaenopterae is sparse; little is known of the life cycle of this species and there is no information of a presumed intermediate host(s). A literature review compares the marine mammal hosts and their localities; however presence appears to be highly underreported as well as misreported (due to multiple misspellings of the scientific name). Access to complete and intact specimens is challenging due to the pelagic nature of the marine mammal hosts. Coordination with marine mammal stranding networks has
provided new host records, as well as specimens for examination. Additionally, Eastern North Pacific Mark-Recapture (photo identification) studies of fin whales from 2003 to 2013 have documented presence of P. balaenopterae on 64% of individual whales recorded. Comparing early (December through May) versus late (June through November) annual parasite scores suggest the
same whale is much more likely to have greater numbers of visible parasites later in the year, potentially indicating seasonality. This use of photo identification studies on whales provides novel insights on growth and development rates of P. balaenopterae 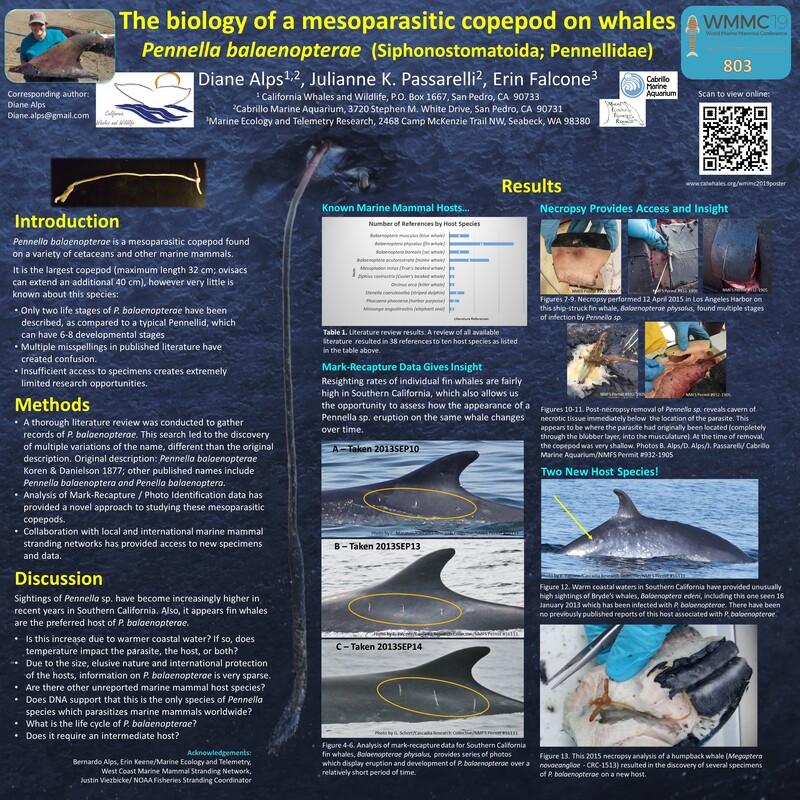